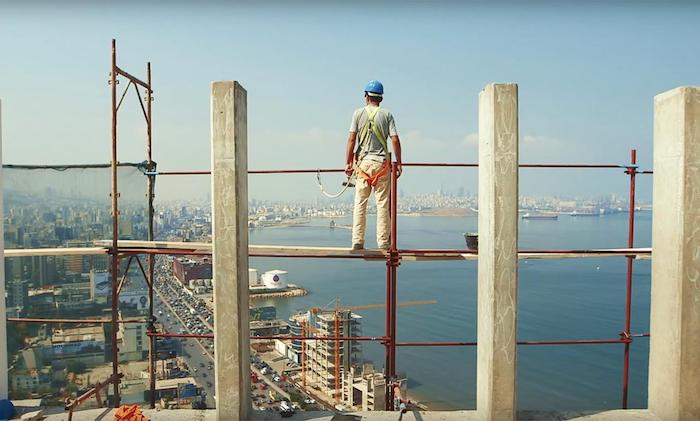 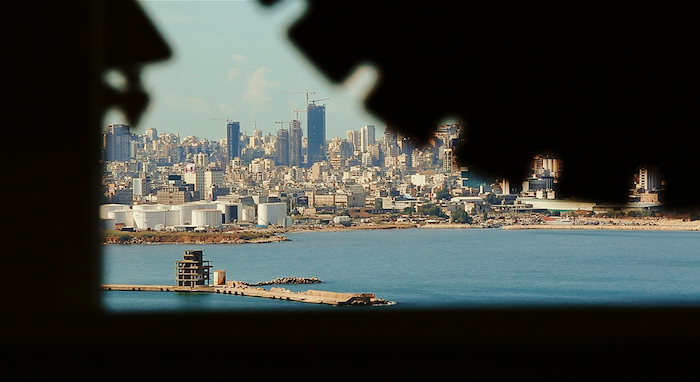 A portrait of workers in exile. An empathetic encounter with people who have lost their past and their future, locked in the recurring present. ZIAD KALTHOUM creates an essay documentary of Syrian construction workers building new skyscrapers in Beirut on the ruins caused by the Lebanese civil war. At the same time their own houses are being bombed in Syria. A Curfew prohibits them from leaving the construction site after work. Every night in their pit below the skyscraper the news from their homeland and the memories of the war chase them. Mute and imprisoned in the cement underground, they must endure until the new day arrives where the hammering and welding drowns out their nightmares.