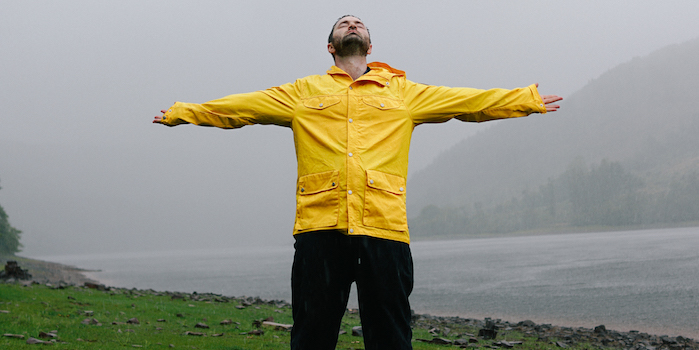 TOM ROSENTHAL is one who can do quite a lot: write poetic, thoughtful songs, help the good old genre of the music video to new splendour and entertain it wonderfully unpretentious, clever and sometimes very humorous. Became famous through the feature of his song "Go Solo" in the film Honig im Kopf, the latest coup of the British also makes you smile, but above all has a rather unusual goal - to make you sleepy.

TOM ROSENTHAL conceived his fifth studio album "Köln" (Release: 26.10.2018) as a collection of lullabies. They are "sleepy versions" of some of his songs: consciously "quietly" recorded in a small home studio, with the sleeping children in the next room, reduced sound and some tracks as pure piano/guitar acoustic pieces. The result is a soft winter soundtrack, which is also suitable for romantic dinners. Titles like "Have we met Before" seem even finer, even more poetic, while "Watermelon" triggers even more summer-sun-fruit-yearning. TOM's voice sounds soft and smoky-warm, almost more pleasing than usual. And yet still so unmistakably own. Whether "Z-Sides" is really suitable as a sleeping aid, remains to be seen. A dimly lit bar and red wine, couch or bathtub and candlelight are the right setting.  Next spring, the 32-year-old will go on tour with these lullabies - a rarity, as the father of a family has enjoyed staying at home with his children and taking a break from the stage in recent years.