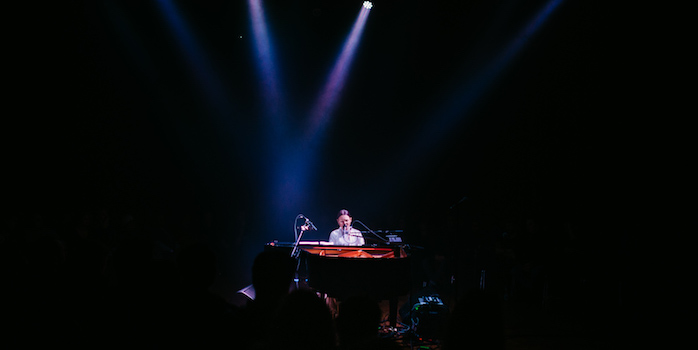 A whole generation knows Satie above all as an atmospheric background both in film and in advertising. With their repetitive structure, the melodically and harmonically simple "Gymnopédies" and "Gnossiennes" are suitable for conveying a primarily melancholic mood. But they also convey the feeling of superficiality as a sign of the times and establish a longing for depth and significance. Inspired by the works of Satie´s, this evening is about emotions and states of mind, of which melancholy is only one.

Lineup of the evening:

CEEYS are the Berlin-born and Potsdam-based brothers Sebastian and Daniel Selke, a cello-piano duo with a fascinating blend of experimental but accessible minimalism, between avant-garde and pop, combining elements of jazz, ambient and classical chamber music.

Arnold Kasar is a musical jack-of-all-trades: the musician, who comes from the southern Black Forest and lives in Berlin, has participated in countless projects. It has drawn him back to his first instrument at a time that could hardly have been better, since the piano, as a rediscovered sound and instrument of renewal, has once again played an important role in recent years.

Kai Schumacher uses his classical training at the Folkwang-Hochschule Essen, which he completed with distinction in 2009 in the master class of Prof. Till Engel with the concert examination, in order to unite the seemingly irreconcilable: In his concerts, the "punk pianist" (BR-Klassik) blurs the boundaries between the classical avant-garde and pop culture without getting stuck in the well-trodden crossover paths.

Fabian Altstötter is no blank page. Already in his earliest youth, the artist from Landau founded the band Sizarr with his friends Philipp Hülsenbeck and Marc Übel, which released two successful and critically acclaimed albums. A change has taken place in the meantime, from Altstötter to Jungstötter. The melancholy is still there, and from the young singer's cocoon a far matured narrator has emerged, who will release a new album in spring 2019. He will play his first pieces on the piano alone.

Stefan and Michael are brothers. Grown up in Leipzig with church choir and street music, one becomes a guitarist and the other goes to Berlin to study medicine. In 2016 they come together again as musicians and lyricists and work on their own musical vision. Their shows show that the powerful songs and Michael's authenticity also create a thrilling dynamic and poetic magic live. Especially because there are two musicians on stage who not only have a feeling for great melodies, but also a message.

Bled White is more than a project: it is the space in which Christian Kuehn meets himself.  The courageous debut Seven Broken Seals from the year 2018 shows how fascinating it can sound when you allow yourself to do everything for two years - and at the same time reverse the polarity of things, reflect or deconstruct them. It is precisely this open musical attitude that makes the Berlin artist's live shows such a special experience.