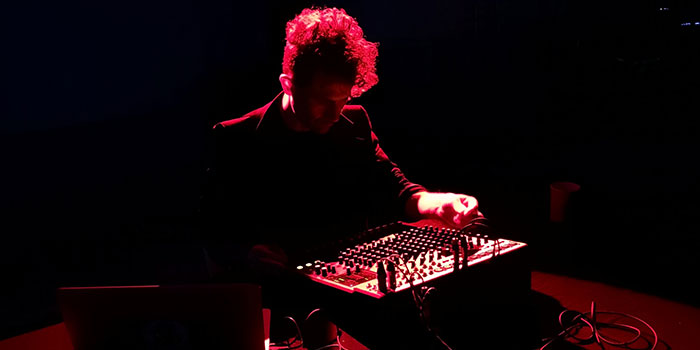 The works of the Danish sound artist Jacob Kirkegaard pursue unusual concepts. 4 Rooms / Aion, for example, is an audiovisual work that deals with the still invisible and inaudible danger around the former nuclear power plant in Chernobyl. Kirkegaard selected four locations in the Ukrainian exclusion zone, installed a microphone for ten minutes each and played the recording back in the same room. In this way he created Soundscapes, that are becoming more and more dense. He used a similar procedure for the visual level. By recording, mirroring and layering the silence at the four contaminated sites, he opened up a fragment of time lying in the exclusion zone. For his project Labyrinthitis he recorded the sound of his inner ear, Sabulation presents the Singing Sand from the Oman Desert and Eldfjall volcanic vibrations in the earth, recorded in Iceland.

The 45-year-old's projects are always meticulously, perhaps even scientifically, researched and recorded in ways that are hard to imagine - but never with sensationalist intentions. Kirkegaard presents the sounds of our surroundings in a way that is not normally heard (or neglected) – a bit like looking through a microscope. His work is not looking for answers - rather it creates spaces for reflection.

As part of the CTM 2020 Festival, Jacob Kirkegaard will present his four-part long-term concert Opus Mors (The Work of Death) – a sound work about significant environments and states that human bodies go through after death: mortuary, autopsy, cremation and decomposition. Immersive, intimate and powerfully detailed, they mark fragile events that no one can ever experience in their embodied life. The performance is all the more poignant within the Betonhalle, which was formerly the mortuary of Berlin's first crematorium.

The concert is part of the CTM 2020 Festival, which will again take place at some of Berlin's most outstanding cultural and nocturnal venues. CTM combines daring artistic content with a profound discourse program and frames today's sounds and musical cultures in a changing, hybrid global society. With the theme Liminal, CTM 2020 explores transitional phases in which habitual orders are destabilized.