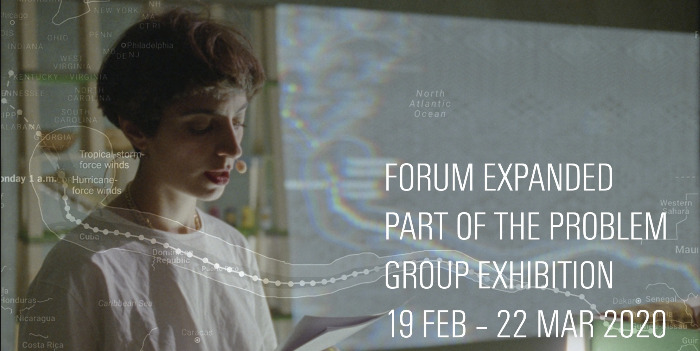 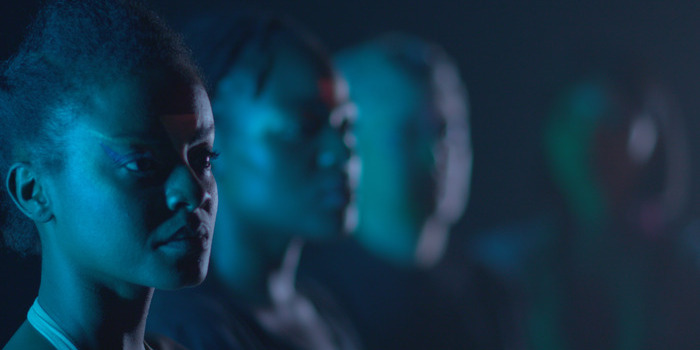 Dear visitors, to prevent the corona virus the Forum Expandend exhibition will close on 13 March 2020. We are sorry to disappoint those of you who were looking forward to visit the exhibition. The decision was made to protect the health and safety of both our guests and our staff. We ask for your understanding.

The new decade begins at a time which has produced a great deal of speechlessness and thus a need for ever clearer words to be found. How does such a present change the curatorial gaze? What is the role of cinema and art? 39 installations and films are dedicated to such themes as migration, racism, sexism, state violence, capitalism, colonialism, extractivism, the climate crisis, fears of the future, the loss of history and more. But above all, they also refer to themselves as being part of the wider structure from which they emerged.

The group exhibition opens at the Betonhalle of silent green Kulturquartier on 19.2. and features The Otolith Group for the second time already. Their installation INFINITY MINUS INFINITY uses dance, music, recital and animation to examine the relationship between capitalism and racism and intertwines these with the repercussions of climate policy. Based on the history of weaving in western Africa, Filipa César tells a story of subversion in her collectively-produced work QUANTUM CREOLE. The Palestinian collective RIWAQ pursue a similar undertaking with their multimedia project SECRETS OF A DIGITAL GARDEN: 50 VILLAGES - 50 FLOWERS, which considers the subversive potential of seeds as repositories of memory

In SHIPWRECK AT THE THRESHOLD OF EUROPE, LESVOS AEGEAN SEA: 28 OCTOBER 2015, Forensic Architecture meticulously reconstruct an accident involving a boat full of migrants close to the European coast. The work is based on video material recorded by artist and survivor Amel Alzakout as the boat was sinking. How such images are to be dealt with and the relationship between them and their history is the theme of her own film PURPLE SEA a collaboration with filmmaker Khaled Abdulwahed made beforehand.

The additional 12 film programmes of shorts and feature-length works contain considerable linguistic diversity, including the sign language used by a group of people in the northeast of Brazil (JOGOS DIRIGIDOS by Jonathas de Andrade) as well as the body language employed in the Congolese short MATATA by Petna Ndaliko Katondolo or the experimental sounds and tones which appear in Akram Zaatari’s AL-HOUBUT.

LETTER FROM A GUARANI WOMEN IN SEARCH OF THE LAND WITHOUT EVIL, an exhibition at SAVVY Contemporary, sifts through the archive of the audio-visual journey of Patricia Ferreira Pará Yxapy, likely the most active representative of Brazilian Indigenous cinema.

The NDN SURVIVAL TRIOLOGY by Thirza Cuthand can be seen at Marshall McLuhan Salon. It explores the consequences of raw material extraction for Canada’s Indigenous population. The three videos create a space to expand the theme to include queer perspectives.