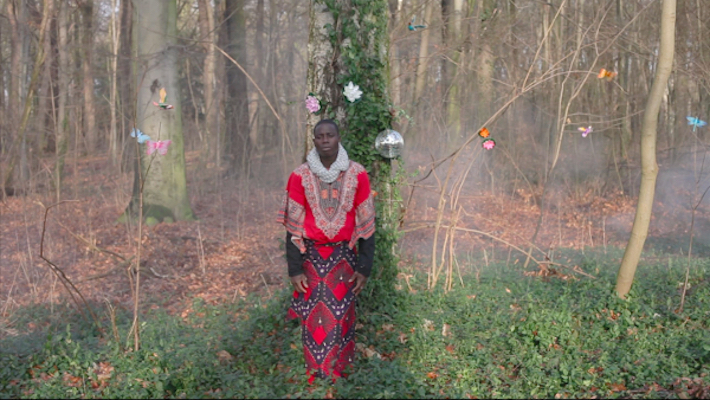 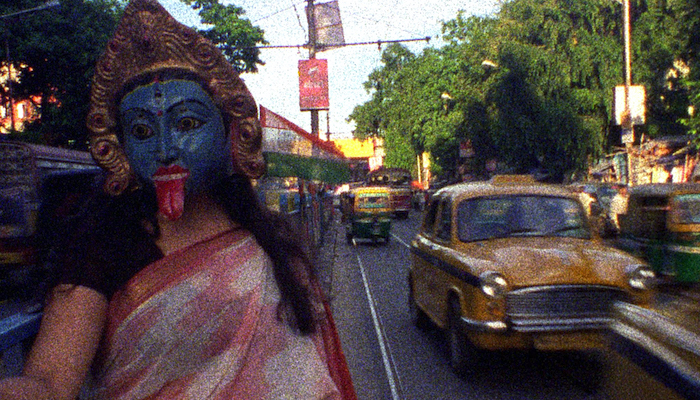 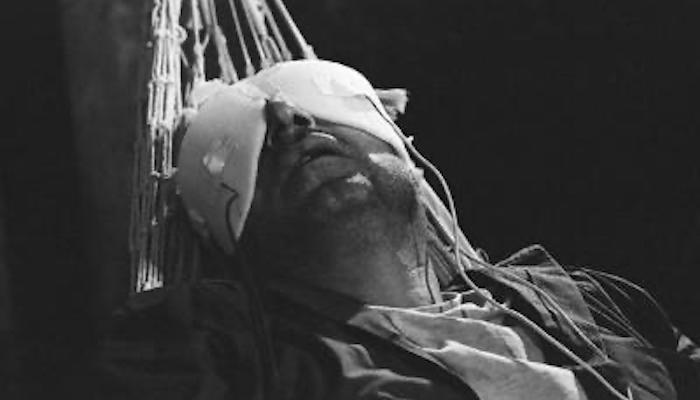 Arsenal - Institute for Film and Video Art shows changing installative works from various Forum Expanded programmes in cooperation with silent green Film Feld Forschung. The selection of works was inspired by 2026, a work by the artist Maha Maamoun from 2010, which will also be screened at the Betonhalle for three months. Since June 4th, another work is being presented every 14 days.
The first one to be shown was Ayoung Kim's 2019 POROSITY VALLEY 2: TRICKSTERS’ PLOT, followed by AAPOTHKALIN TRIKALIKA THE KALI OF EMERGENCY by Ashish Avikunthak and now ESCAPE FROM MY EYES by Felipe Bragança. More about the programme

ESCAPE FROM MY EYES (Felipe Bragança, Brazil / Germany 2015, 33 min)
"I want to go back, but my brother is a ghost with no feet. I still dream of diamonds and blood. They see a black man, and think it`s a lion."
Escape from my Eyes tells three short fables about Mayga from Mali, Elias from Ghana, and Abidal from Burkina Faso, using documentary images and imaginary fiction. Where are they going now? The film was shot over the course of four months at the end of 2013 and the beginning of 2014. Felipe Bragança, then an artist in residence with the DAAD Artists-in-Berlin program, facilitated the creation of fictional and poetic images based on a number of interviews made with a group of war and political refugees who at the time were living in tents in a protest camp on Oranienplatz in Kreuzberg, Berlin. In the film, the men re-enact their own stories of escape and struggle, transposed to Berlin in the winter.