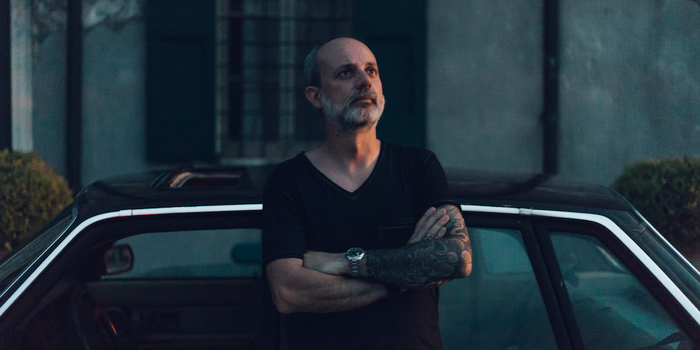 If you have questions about tickets already purchased, please contact your ticket agency or the local promoter Greyzone Concerts.

It is fitting that composer and pianist Fabrizio Paterlini was born and lives in the ancient northern Italian city of Mantua. A romantic and historically significant centre of musical and artistic excellence, the city’s elegance and cultural depth permeate Paterlini’s exquisite original solo piano compositions. Yet despite Mantua’s unavoidable influence in informing the composer’s work, his cinematic music is far from localized, or even recognizably Italian, instead tapping directly into universal human emotions.

Listeners and critics alike are torn as to how best label Paterlini’s beautiful sound. Neo-classical, Ambient, Minimalist and New Age have all been considered, but it is more pertinent to note some of the adjectives regularly used in appreciation of his sonic palette. Ethereal, soulful, lush, emotive, dreamy, delicate and, tellingly, passionate, all appear with unerring frequency. The composer himself describes his work as “like a glass of red wine on a summer evening,” in awareness of the calming effect of his reflective melodies on the listener.

Paterlini began playing piano at six-years-old. From the first moment he stroked the keys his life irrevocably changed, music becoming “a choice made every day...explored in all its aspects.” And so music and his life’s path became, and remain, inextricably linked; while he progresses as a musician and composer, so his development as a human being runs parallel. Formal study in his chosen artistic endeavour came with five years at Campiani’s Academy, Mantua’s Academy of Arts, from where he graduated in Music Theory.

The 1990s saw Paterlini extensively cutting his teeth as a gigging musician by performing rock classics, pop and jazz in local bands. While playing with these outfits he began to compose music, at this stage principally material of a progressive rock persuasion. As the decade and century drew to a close Paterlini reached an important decision, being to concentrate exclusively on the piano – the instrument that, in his own words, “best expresses his inner world.” Yet it was not until 2006 that he began composing music for solo piano.

His popularity on the digital platforms is constantly growing: his Spotify stats are impressive and he can count on more than 65 millions streams overall, with an average of 500K listeners per month.

In 2019, he mostly toured around Europe with his Piano Stories 2019 Tour, playing several sold outs shows in Madrid, Barcelona, Utrecht, Moscow, Milan and Istanbul, among the others. At year end, he released the first of a three EP series, named Transitions which will be played on tour in 2020.