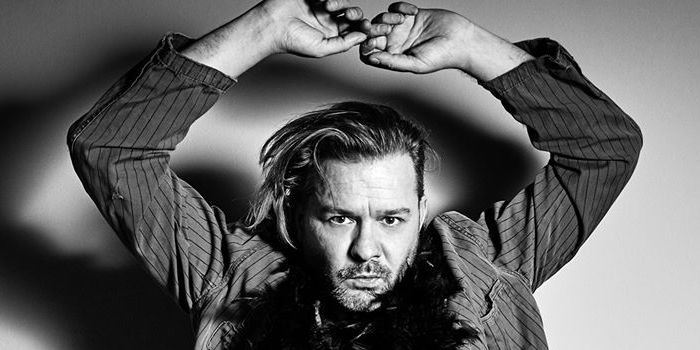 The catch-up concert with Fortuna Ehrenfeld (solo) on 14.08.2020 will take place on the meadow in front of silent green. There are a few things to consider:

Poetry without kitsch. Emotion without calculation. Musical precision without airs and graces.
This is the new album by Fortuna Ehrenfeld: Helm ab zum Gebet

How big are the sleeves of Martin Bechler's pyjamas? And what else can he shake out of them? These questions arise immediately when you hear Helm ab zum Gebet. Because this album sounds so casual and effortless, as if it would be the easiest thing in the world to let your heart burn for pop and poetry to light the fuse on the big wheel of emotion. But apart from the emotions, it also provides a good portion of weirdness and madness.

The genesis of the album Helm ab zum Gebet is a wonderful example of how success and expectations do not necessarily have to create pressure. On the contrary. The positive reactions since Hey Sexy have freed and inspired Martin Bechler, because it made him realize he's on the right track. There are people out there who appreciate, celebrate and love what he does. And because Bechler likes his audience and doesn't like to offend them, the new album picks up the thread with which he has already sewn himself a paraglider of big moments and small oddities on Hey Sexy.

In contrast to the first two albums, Helm ab zum Gebet is not a solo effort, but the result of an artistic collaboration between him and his band members Paul Weißert on drums and Jenny Thiele on keyboard. The new album introduces a new style and unusual sounds. Real beats from real drums for example. And duets, among others in Die Umarmung der Magneten with Enno Bunger, whom he met at a festival.

Just like the previous albums, Helm ab zum Gebet has lots of lyrical moments up its sleeve again: The longing for meaning. The celebration of the moment. The stagger in front of the pub at half past three at night. Panoramic people, coughing rabbits, a woman called Heliumsabine...and, of course, love, passion and romance and all that which has been sung about badly all too often but still too rarely well.

Melancholic and euphoric. Big-mouthed and sensitive. Big as the universe and small as a shot glass. All this and so much more is this record, which lasts only 37 minutes, but provides enough material to last for the next weeks and months. Helmet off? Hats off! Now dance, you bitch!