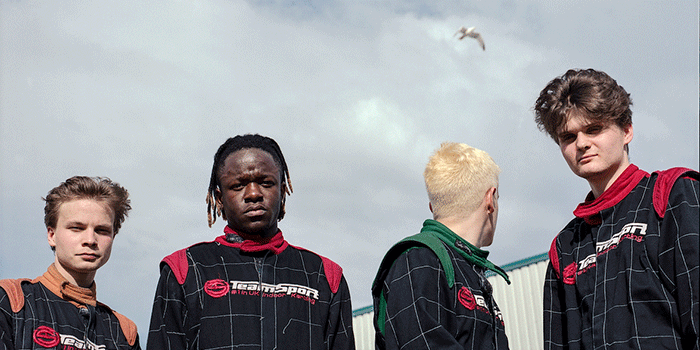 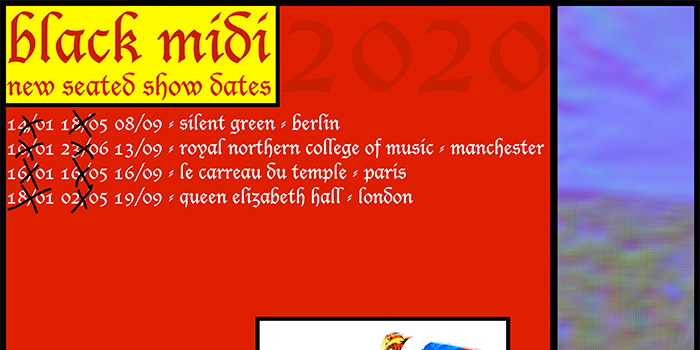 We are incredibly sad that eventually we have to cancel the show - the virus continues to make our concert life more than difficult.
Most ticket owners should already have been contacted by their sales department to handle the reverse transaction. Dear Koka36 customers, please contact Koka directly.
We are really sorry, folks!

Here is the statement of the band:
“Unfortunately we are unable to play the shows we're scheduled to play in September as it's still not likely to be safe. We've tried to reschedule for a third time but it hasn't been possible. Sorry to everyone that's held on to their ticket for so long, the shows would've been really special, there'll be some new shows announced whenever we can.”

black midi will return to Berlin in January 2020 to perform a special seated show at silent green, the band will perform a different set as they will perform at their already sold out show at Lido in October 2019. black midi (selhurst) are the enigmatic new London 4-piece that are quickly becoming one of the hottest new underground bands in the country.

Having formed only a year ago – and making their name (as a lot of the great new up and coming bands are) at The Windmill in Brixton – they feature Geordie Greep (vocals/guitar), Cameron Picton (bass/vocals), Matt Kelvin (lead guitar) and the incredible drumming of Morgan Simpson.

They are described as taut, frenetic and inventive, and have impressed fans and critics alike with an off-kilter sound that is completely their own. In June 2019, they released their debut album "Schlagenheim".