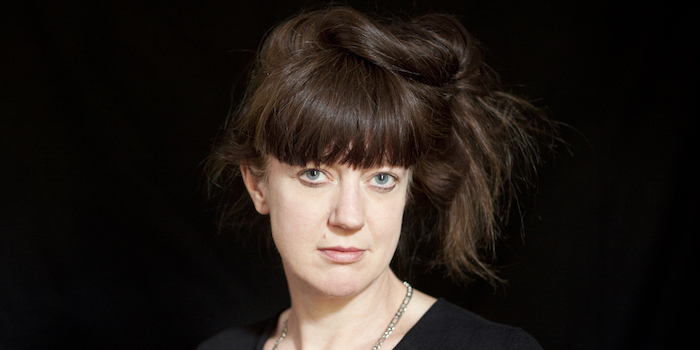 The concert with Barbara Morgenstern will be rescheduled due to the COVID-19 pandemic. We are currently looking for a new date and ask you for a little patience here.

We are very sorry! Thanks for your understanding!

After the release of Barbara Morgensterns new album Unschuld und Verwüstung in autumn 2018, the music press was full of praise: "Perhaps the greatest, but certainly the most multi-faceted work of her career," cheered the taz. "In a fairer world, the most famous person from Hagen in terms of pop culture would not be called Nena - but Barbara Morgenstern," the spex. And according to laut.de, it simply put it in a nutshell: "This album is fucking great."

Since then the musician has toured a lot, worked on various projects ­– and finally came across Thor Maillet, also known under his stage name Petridisch. The electronic musician from Boston took the eleven pieces of Unschuld und Verwüstung and turned them into remix versions. "The remixes of Petridisch all go in the direction of experimental darknoise; very drony and very atmospheric," Morgenstern says. The complete remix album, including six remixes by musicians from the Fish Prints environment and a remix by Thies Mynther will be released on March 7th.

At her concert in the Kuppelhalle, Petridisch will be the support act. After the concert he will perform some of the remix versions live together with Berlin saxophonist Christian Biegai, who played all saxophone parts on Unschuld und Verwüstung. "It might get a little louder," Morgenstern explains. "My piece Wortschatz will – in a poetic way – turn against the undercutting and aggression of today's world. That's very important for me."

After living in Hamburg for a while, Barbara Morgenstern moved to Berlin and joined Gudrun Gut's "Monika Enterprise" label via the living room scene. With her idiosyncratic sound between electronic, songwriting and folk, she quickly became a celebrated sensation. The pop experts had not heard such enchanted music since the Canterbury Sound. Only that the Canterbury scene hadn't heard any techno yet and was quite a male club.

The flow in her songs is always beautiful and radical at the same time. Constantly circling around and reflecting on the question "Did I do what I wanted to do or did it just seem like that?"