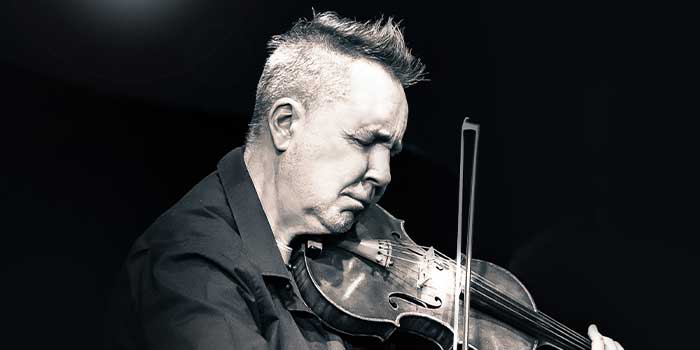 Unfortunately, the reading has to be cancelled. An alternative date is not currently planned. Purchased tickets can be returned at the respective advance booking office. If you have any questions, please contact your ticket agency or the local organiser.

Nigel Kennedy, born in 1956, is one of the most dazzling eccentrics in classical music and at the same time one of the most gifted geniuses on the violin. He was discovered by the great Yehudi Menuhin at the age of seven. His concert debut with Mendelssohn's Violin Concerto in 1977 at London's Royal Festival Hall made him one of the most sought-after violinists of our time. At the same time, he also appeared as a jazz musician, among others with the legendary jazz violinist Stéphane Grappelli. From 1980 Kennedy played with the Berlin Philharmonic, and almost all the major orchestras and under all the important conductors. In 1989, he released his recording of The Four Seasons, which is the most successful classical album of all time, with over five million copies sold. He released numerous albums in which he also demonstrated his exceptional talent as a composer. Like hardly any other classical musician, he can look back on collaborations with many greats of rock and pop, including Paul McCartney, Robert Plant, The Who, Kate Bush and Jean Luc Ponty. My Rebellious Life is Nigel Kennedy's great autobiography.

The autobiography My Rebellious Life is a real Kennedy. Here he also tells of all the parts of life that are rarely in biographies: oversleeping his concert debut with Menuhin, a pair of trousers that cracked at the crotch on stage, his love for the Aston Villa football club, the extended family he himself never had. This book is like its author: larger than life. The story of an artist who, as a person and as a musician, is always trying to break down walls and overcome boundaries.

The admission rules in place on the date of the event regarding the Corona pandemic apply. Proofs will be checked at the entrance. Further information will follow.