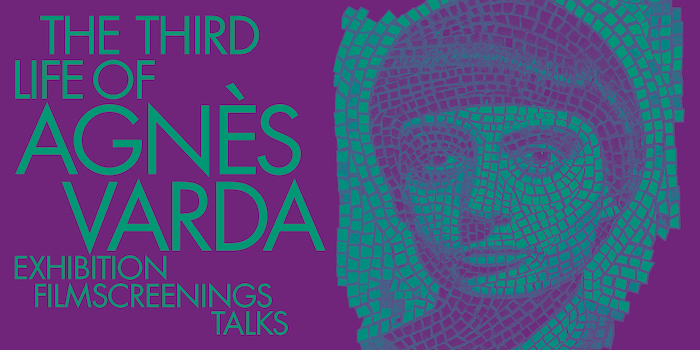 From July 10–20, Varda's installation Hommage aux Justes de France / Homage to the Righteous of France complements the main exhibition in the Betonhalle and the two cinema shacks on the lawn. It is a work commemorating the „Justes", those often forgotten who saved the lives of Jews during the period of German occupation of France, risking their own lives in the process.

The installation shows 94 photographs spread out on the floor or placed like open books. They are portrait photos of some of France's nearly 3,000 identified "Justes" - non-Jewish women and men who risked their lives to save fellow Jews from being murdered under Nazi rule during the occupation. In the midst of those whose names are recorded, one finds unidentified faces representing the anonymous, the unknown rescuers. Alongside the photographs, film footage is used to commemorate the German occupation. 2740 French citizens were officially recognised as "Righteous of the Nations" by the International Holocaust Memorial Yad Vashem in Israel. The idea of bringing them all together at the Panthéon in 2007 came from Simone Veil, former French Minister and President of the Foundation for the Memory of the Shoah.

With a talk by Uta Fröhlich, The Silent Heroes Memorial Center will participate in the opening of the installation: Fröhlich will embed this work in the larger context of the remembrance of the resistance against the persecution of Jews in Europe. She will give a brief overview of the scope, conditions and types of help for persecuted Jews in the various countries and shed light on how the topic and the helpers themselves were later dealt with. In doing so, she takes a look at the development of the German and French remembrance landscape.

The Silent Heroes Memorial Center commemorates Jewish men and women who resisted National Socialist persecution, and those who helped them to do so. The example set by these helpers—often referred to as “silent heroes”—shows that it was in fact possible to support people at risk in National Socialist Germany and German- occupied Europe.

Uta Fröhlich studied Eastern European history and Slavic studies in Cologne and Berlin. From 2005, she worked as a research assistant and curator for various memorial sites and museums in Berlin. Since September 2017, she has been a research assistant at the Silent Heroes Memorial Center at the German Resistance Memorial Center. She is one of the curators of the permanent exhibition „Silent Heroes - Resistance to the Persecution of Jews in Europe 1933 to 1945“, which opened in 2020.