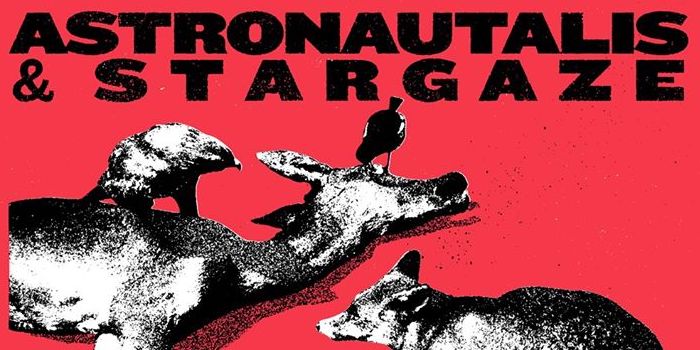 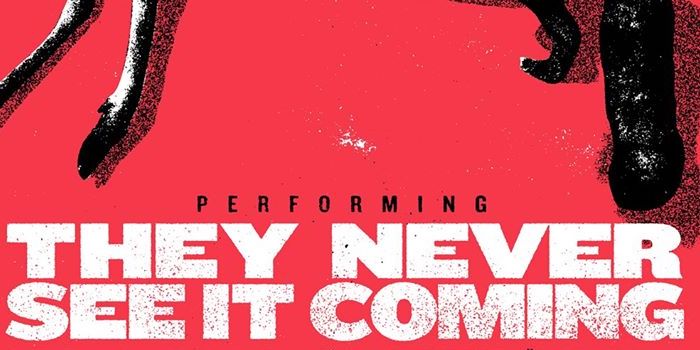 If you have any questions about tickets already purchased, please contact your ticket agency or the local promoter listenagency.

They Never See It Coming was always meant to be an experiment, something to test their own limits, and push their own boundaries.

"We wanted to try to make something that was impossible for me to rap over", said Astronautalis, "and then try figure out a way for me to rap over it.  Honestly, I always thought it was going to fail".  But, something happened in the first performance in Berlin at the PEOPLE festival, it didn't fail, and the audience was riveted.

Working with only three rehearsals, the music was composed on lunch breaks by the members of stargaze, Aart Strootman (bass) and David Six (piano), then honed in the practice space with their band mates Romain Bly (drums and trumpet) and Roman Lormans (drums).  Drawing influence from avant grade composers like Phillip Glass and György Ligeti, as well as heavy bass and drums from metal bands like Meshuggah, the music doesn't just feel like it is haunting you, it feels like it is hunting you.  A sensation that is only increased through Astronautalis' performance. Part Jimmy Breslin pulp journalism, part underground rap theater, and entirely improvised, Astronautalis' lyrics manage to do the impossible, and ride the shifting and layered time signatures created by stargaze, to bring a performance that will leave you shaking.

After the success at the Justin Vernon/The National curated PEOPLE in Berlin, offers for more shows came in, based entirely on word of mouth. There was no album out, no single released, and no video made public, and yet the word had spread after one performance...the experiment had not failed after all.  Fred Jacobsson (Temko) was then brought on to add a second bass to the band, and help shape these loose improvised pieces of music into tight compositions. After a year of work, and several performances across Europe, They Never See It Coming has emerged as a dark and driving composition that is unlike anything you have ever heard.

Astronautalis is at his core a rapper, but his far reaching experimentations with music have pushed the very definition of what it means to be "a rapper".  His own solo work (Produced by John Congleton) has crossed genres from American folk, to Miami Bass, and everything in between. While his collaborations have found him working with everyone from Justin Vernon, to Tegan & Sara, to Lizzo, and performing in the filthiest anarchist squats one night, and the Venice Biennale the next.

stargaze is an orchestral collective, an ever-evolving project marrying modern composition with alternative attitudes and sounds. Following two stargaze presents festivals at Volksbühne Berlin it was praised for its 'Ausnahmestellung' in today's musical landscape with far-reaching and genre-defying performances in prestigious concert halls and pop festivals alike. Signed to alternative label Transgressive, yet devising programs with music by Berio and the Beach Boys for Paris' Philharmonie, stargaze strive to bring musicians and audiences together that would not have otherwise met. stargaze performs regularly at venues like Barbican London and Elbphilharmonie Hamburg. Driven by what's going on in contemporary pop the collective has worked with the likes of Terry Riley, Lisa Hannigan and Deerhoof, and have performed material by Mica Levi, Qasim Naqvi and Boards Of Canada.