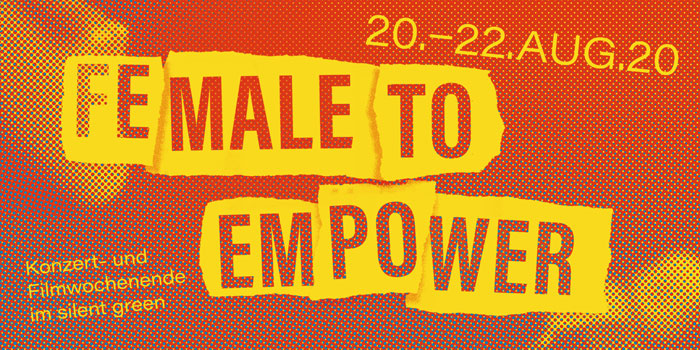 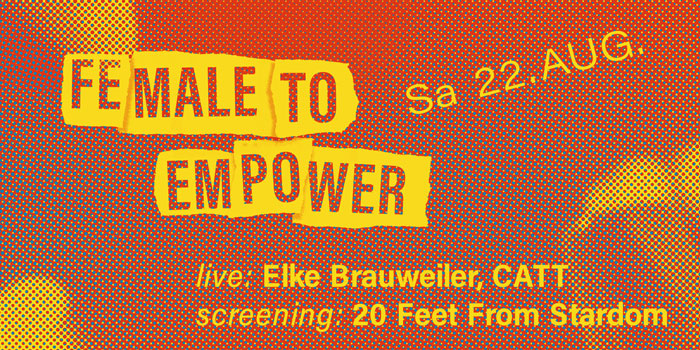 They have written music history, but in the machinery of the music industry they are often nothing more than nameless cogs: female background singers. Twenty Feet From Stardom puts some of the best background singers in pop and rock music where they have long deserved to be: in the public eye. The film tells the stories of Darlene Love, Merry Clayton, Judith Hill, Lisa Fischer, Táta Vega and many others and it's fun to listen to them.

Background singing as a balancing act between own musical ambitions and commissioned work: impressions and experiences from a rather unknown terrain of the music business in conversation with Catt and Elke Brauweiler.

Elke Brauweiler became known as co-founder and singer of the band PAULA, with whom she released six albums and was nominated twice for the Echo. Besides she sung and played the viola for and with artists* such as Katja Werker, Bernd Begemann, Olli Schulz, Bosse, Nils Frevert and José González.
In 2006, Brauweiler released a French chanson cover album and subsequently toured as supporting act for Nouvelle Vague. She also worked for various pop artists* as an arranger, organised open-air concerts as a booker and directed a women's pop choir.
Brauweiler last released the solo album Freund under her civil name in January 2019.

CATT grew up in a North German three-house-village mainly surrounded by woods and classical music before she moved to Berlin to make music.
She works as a pianist and singer. She also plays the trombone, trumpet, french horn and percussions in diverse productions. She composes for and with other artists and their projects, sometimes she also joins them on stage. She creates film music and orchestra pieces.
After she had played and composed for several artists such as Sarah Connor, Judith Holofernes, Kat Frankie, Prinz Pi or Max Herre (and there are so many more on the list!), the multi-instrumentalist released her debut record Moon in June 2019 which moves somewhere between playful Pop and Indie.
In early 2020 she received a grant from the Roger Willemsen Foundation to work on new songs.

Diana McCarty lives and works in Berlin. She is a founding editor of the free artists radio, reboot.fm and a co-founder of the faces-l mailing list. She is a founding member of the radia.fm network of cultural radios. As a cyberpunk in the 90s, McCarty was active in netzkultur working with metaforum and net.art among others. Her work revolves around art, gender, politics, and technology. McCarty has a long term interest in radical feminists.

About Female To Empower:

Female composers, DJs and producers have always been part of the musical present. However, in the great, male-dominated narratives of music history they are still hardly mentioned today. The concert and film series Female to Empower therefore wants to tell the barely heard small and big stories of music from an exclusively female perspective.

To this end, Female to Empower combines music documentaries with live concerts and talks not only in order to provide a historical-documentary retrospective, but also to take a contemporary look at the musical work of women* in popular music.

Some hints regarding hygiene measures:

Barrier-free for persons with motor disabilities