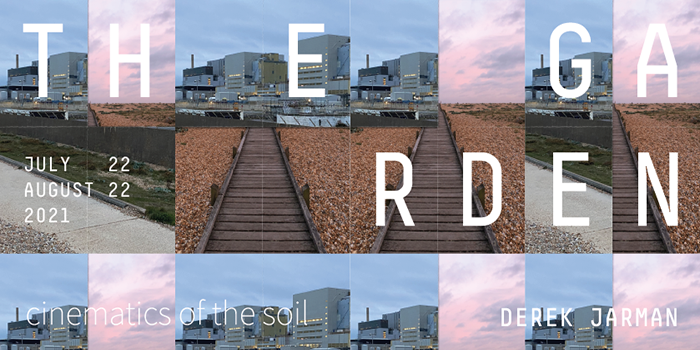 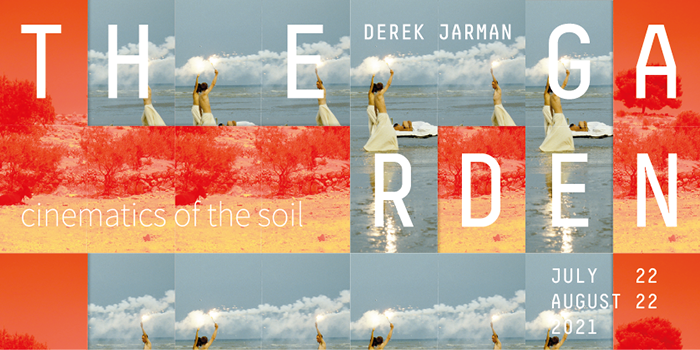 The Garden. Cinematics of the Soil

The exhibition project THE GARDEN. CINEMATICS OF THE SOIL is dedicated to the life and work of the British filmmaker, artist and activist Derek Jarman. His film of the same name, The Garden, as well as his legendary garden Prospect Cottage, become the starting point for a contemporary artistic examination of essential questions of our society and its future: environmental pollution and disease, collectivity and resilience.

The exhibition at Betonhalle links in many ways to the special topography and utopian potential of Jarman's garden on the south coast of England: Film footage, objects, diaries and paintings show fragments of his last place of residence, Prospect Cottage, which the filmmaker, who died in 1994 as a result of an HIV infection, created in the direct vicinity of a nuclear power plant and a military base. There he created a very special place of longing for the collaborative coexistence of people and nature, which offered him refuge from an increasingly destructive and discriminatory society and which is still a place of pilgrimage for thousands of visitors from all over the world.
The Garden (1990), created against the background of AIDS activism and the anti-nuclear power movement, takes the contradictory nature of this place as its central theme: between dream and reality, idyll and pain, beauty and transience, nature becomes an analogy of the creeping decay of the human body in the context of climate change, disease and destruction.

Contemporary artists from various countries and friends of Jarman will explore his visual worlds and themes in sound and media installations specially conceived for this project as well as in talks and workshops. A film programme will show further works by Derek Jarman, as well as queer, feminist, experimental and political films from the 1980s and 90s and the present at Arsenal cinema and silent green's garden.

THE GARDEN. CINEMATICS OF THE SOIL aims to develop new forms of image production with and for the earth, telling of its cycles of creation and decay, its resilience and capacity for healing.

THE GARDEN is a project by silent green Film Feld Forschung gGmbH.
The film programme takes place in cooperation with Arsenal – Institute for Film and Video Art