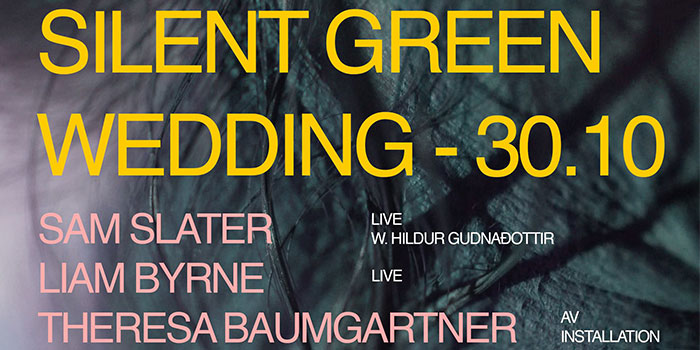 is an artist and sound designer based in Berlin. He’s worked closely with Icelandic composer Jóhann Jóhannsson on films such as Darren Aronofsky’s ‘mother!’ and Mary Magdalene (w/ Hildur Guðnadóttir). His debut on Bedroom Community, is an excessive in deconstruction, as a single string is manipulated into a vast sound world. The final result is a captivating record; ominous and harsh; soft and emotionally striking. It surrounds your senses with unearthly drones and alien cries, yet it all pulses with a human heart.

spends most of his time playing either very old or very new music on the viol. An obsession with the instrument’s most obscure 16th and 17th century repertoire is a recurring theme in his work, whether in devising baroque performance installations for the Victoria & Albert museum, or in collaboration with the Appalachian fiddler Cleek Schrey, or creating new electronic works with Icelandic composer Valgeir Sigurðsson.

is a Berlin based visual artists who performs live visuals for JLIN, JASSS and Kyle Dixon and Michael Stein performing Stranger Things.
For this event she will be presenting an immersive video installation showing a … that drifts in and out of existence, merges into being, dissolves into form.
It´s humanoid, it´s form, it´s light,
like a dream that vanishes the faster the harder you try to remember. The ghost that watches you failing to catch its sight, the thing that we carry within, that dies as soon as we give it a name.